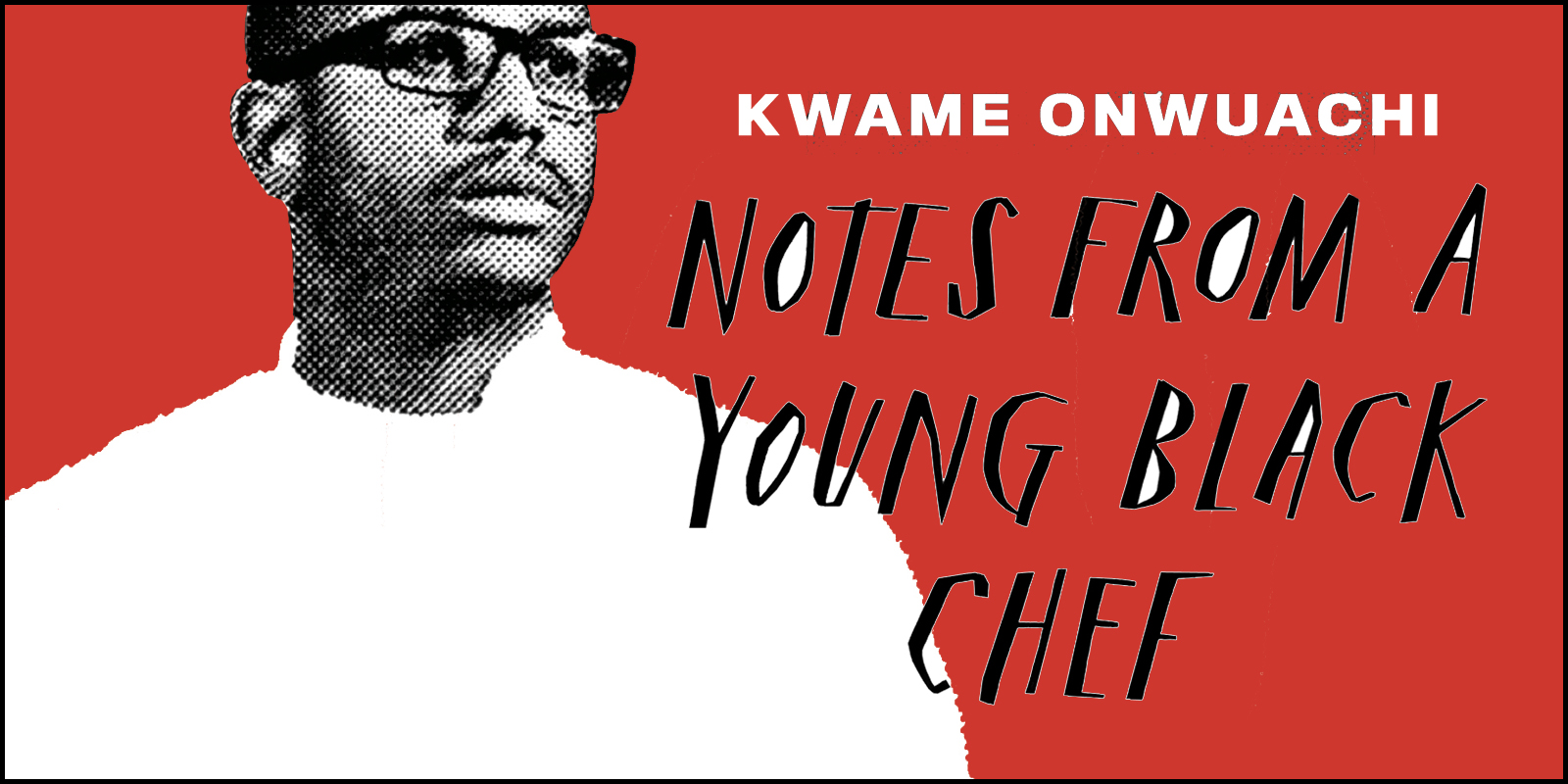 By the time he was twenty-seven, Kwame Onwuachi had competed on Top Chef, cooked at the White House, and opened and closed one of the most talked about restaurants in America. Despite his young age, his success wasn’t won overnight: working in Manhattan, he was forced to grapple with just how unwelcoming the world of fine dining can be for people of color, and his first restaurant, the culmination of years of planning, shuttered just months after opening.

We’ve pulled together some notes of wisdom from Notes from a Young Black Chef, a heartfelt, honest memoir that captures one man’s pursuit of his passions, despite the odds.

“Sometimes racism takes the form of ugly words and actions. Other times it remains unspoken, communicated by hostile looks and secret snickers. But the most corrosive form, and often the hardest to address, is not being seen at all.”

“It seems like the only ones keeping track are the white guys with tall hats. And how did those guys get into the club? By paying dues to older white guys with even taller hats. As for the thousands of black and brown chefs—dubbed cooks, domestics, servants, boys, and mammies who were kept out of restaurant kitchens or overlooked within them—they were beyond consideration. Their work, like them, was invisible.”

“Maybe it was because I was young. Maybe because it was my first restaurant. Maybe because I was new in town. But the thought still lurks that the hate had something to do with the fact that I was making food that came from my culture, from black culture. I was saying that this culture is worth something, worth a lot, actually. That I was worth something. Underneath the reaction to the price tag, this was the whitelash rage that seethed.” 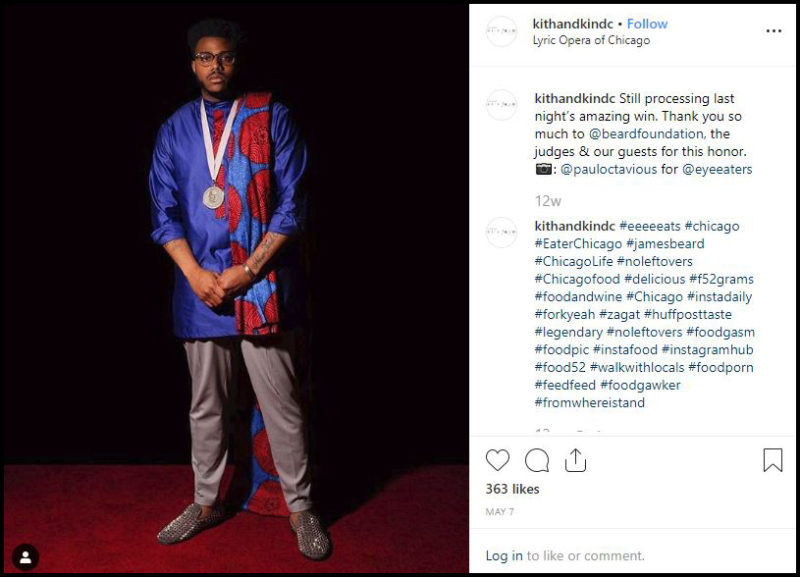 “If others saw me as a failure, I feared that whatever future I had imagined for myself when I left for college would permanently evaporate.”

“The only lesson I learned in the aftermath of our closing is that there are a bunch of people who seem real concerned about my education, as long as that education is the lesson they want to teach me.” 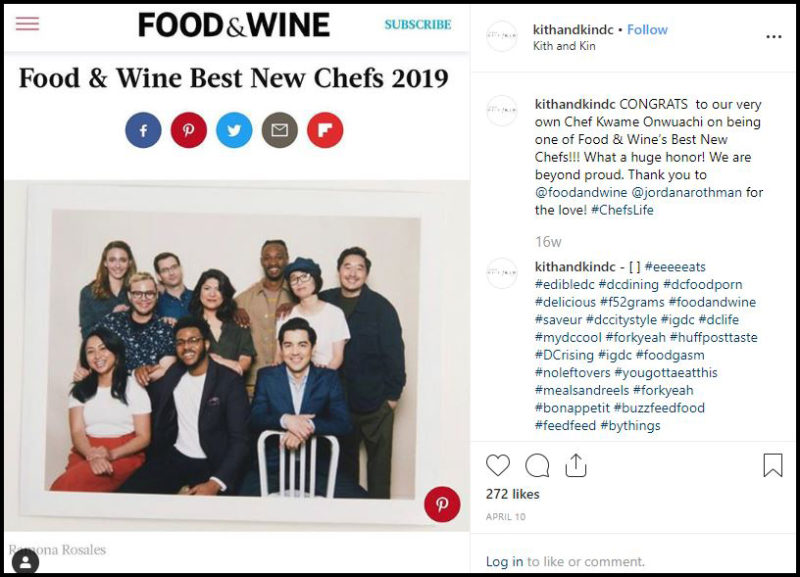 “I never wanted to feel powerless again—pulled over, hands behind my back, for no good reason. I resolved that I would become someone not to be messed with, not through fear but through talent, someone who couldn’t be seen through and dismissed.”

“My mom, she’d stood where I was standing, caught between here and there, many times before. She was an expert in the art of the skedaddle, something that had affected me in both positive and negative ways. . . . But from her I learned perhaps the most important lesson in my life: Always keep moving.”

“It seemed I wasn’t done with D.C. yet. To move now would be an admission of defeat, one that I would carry with me for the rest of my life. It wouldn’t matter how much success I found elsewhere; the failure to make it in D.C., where I’d given everything I had, would gnaw at me. . . . I would stay and finish what I’d started.” 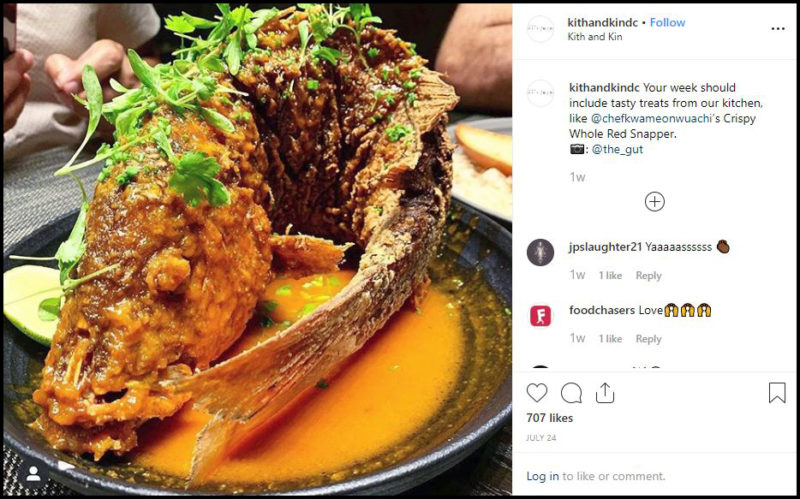 “The difference between an amateur and a professional chef isn’t always a matter of skill or knowledge, and it’s rarely one of taste. What makes a professional chef is that he or she has had technique imprinted onto them with the permanence of a tattoo and that they have withstood the pain of the process.”

“As a kid, there was no escaping my dad and his rage, and nothing I could do to soothe it. But in the kitchen it was a different story. If I worked hard and kept my head down, if I hustled, did my prep work, listened, hustled harder, and made no mistakes, well, then there was the possibility of earning the respect of these guys. That was better than the odds I had growing up.”

“When I push open the kitchen doors, I want to see a dining room full of diners, but especially brown and black diners, who, looking at their plates, feel seen, celebrated, and recognized. And when I look in the mirror, I want to see a young black chef who made that world a reality.”

Learn more about Notes from a Young Black Chef by following the link below: