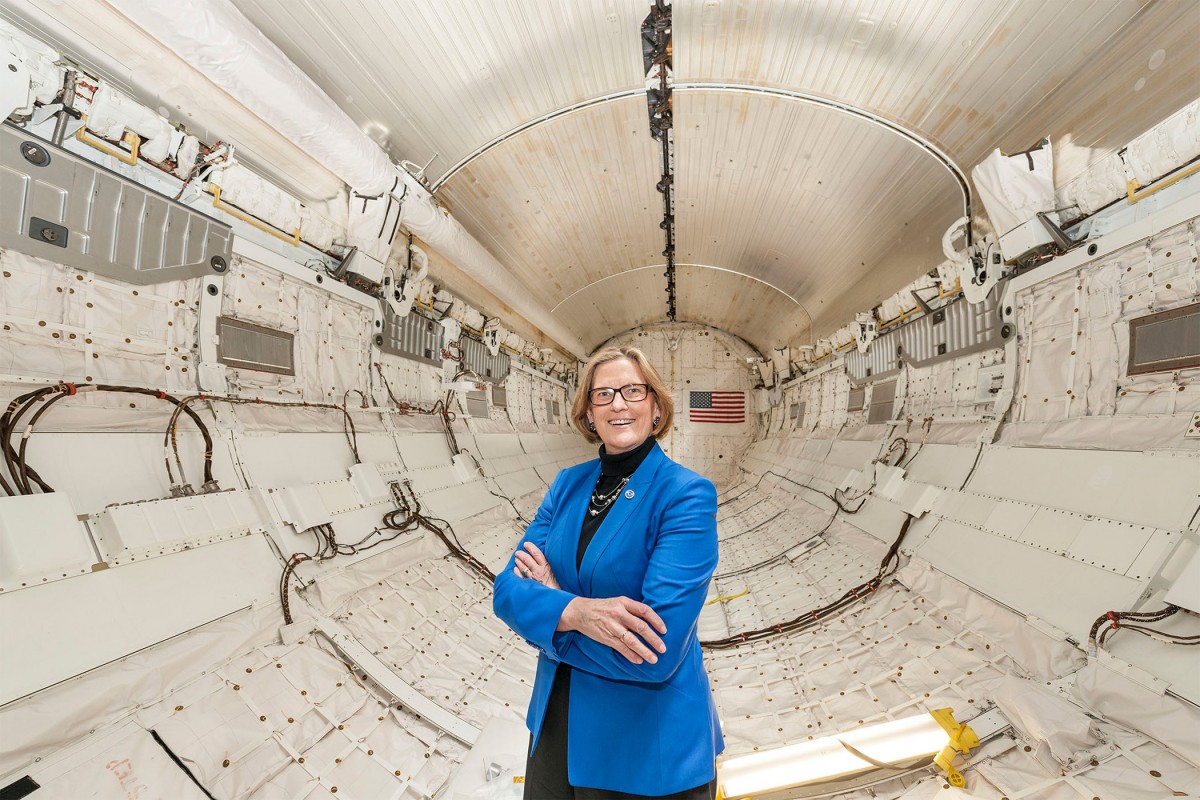 Astronaut Dr. Kathryn Sullivan—author of Handprints on Hubble: An Astronaut’s Story of Invention from the MIT Press—has recently added three new accolades to the long list of accomplishments she has earned over the course of her career as scientist and explorer. With her visit this past June to the Challenger Deep at the base of the Mariana Trench, Dr. Sullivan was awarded three new Guinness World Records: the first woman to reach the Challenger Deep, the first person to visit space and the deepest point on Earth, and the greatest vertical extent travelled by an individual (within Earth’s exosphere).

Dr. Sullivan is no stranger to firsts. During her career with NASA in the 80s and 90s, she took part in three shuttle missions and contributed pivotal knowledge to the field as a member of the team that launched, rescued, repaired, and maintained the Hubble Space Telescope. She became the first American woman to walk in space during her first shuttle mission in October of 1984 on a spacewalk to work on the Space Shuttle Challenger. Her book, Handprints on Hubble, documents this historic moment as well as her incredible work on the Hubble telescope, which serves as a vital research tool for scientists and has revolutionized our understanding of the universe.

Since leaving NASA in 1993, Dr. Sullivan has held a variety of prominent positions, including as chief scientist and administrator of the National Oceanic and Atmospheric Administration (NOAA), president and CEO of the Center of Science and Industry (COSI) in Columbus, Ohio, and the first director of the Battelle Center for Mathematics and Science Education Policy at The Ohio State University. She has continuously demonstrated that her passion for science and exploration will take her to the utmost extremes of our known world.

“I grew up fascinated by maps and wanting to have the chance to travel all over the world, not just as a tourist but to really help to understand our planet,” Dr. Sullivan told Guinness World Records last year.

Now her latest expedition to the Challenger Deep has taken her to the deepest depths of the planet to do just that. The voyage was part of the Ring of Fire Expedition led by Dr. Sullivan’s former colleague, former US naval officer Victor Vescovo, and was launched in part in an effort to better understand the planet’s natural systems.

With their nearly 7-mile trek under the surface of the ocean to the Challenger Deep on June 7, 2020, Dr. Sullivan became just the eighth person to visit the depth and the first-ever woman.

Dr. Sullivan told Guinness World Records that, among the many striking similarities she documented between space travel and deep-sea voyages, what struck her most was “how magical it feels to be sitting inside a small craft… and feeling completely normal and quite safe, and yet looking out a window or a viewport to an environment that I know is absolutely lethal for me.”

Dr. Sullivan had a taste of that magical feeling on October 11, 1984 when she and a colleague stepped out of their spacecraft during their shuttle expedition to work on the payload bay of the Space Shuttle Challenger, which was hurtling through space at 17,500 miles per hour about 140 miles above the Earth. They were tasked with completing a trial fluid transfer to demonstrate that it was possible to refuel satellites in orbit. She spent three and a half hours outside of her craft during that spacewalk and made history as the first American woman to walk in space.

Handprints on Hubble offers a personal account of her time in space, and as Nature writes, “to read [this book] is to marvel at what we have achieved in our nascent efforts to inhabit space, and to recognize that we have barely begun that quest.” Dr. Sullivan’s latest endeavor to the deepest depths of the ocean has not only shattered records, challenged expectations, and provided inspiration for countless aspiring scientists across the world, but has highlighted that we still have much to uncover in our exploration of the world around us—both in space and below the sea.

Dr. Kathryn Sullivan is a 2021 FYE featured speaker. You can sign up for her event and view the full PRH author lineup here.

This post was originally featured on the MIT Press Blog. 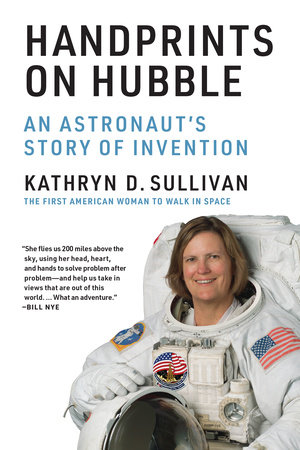