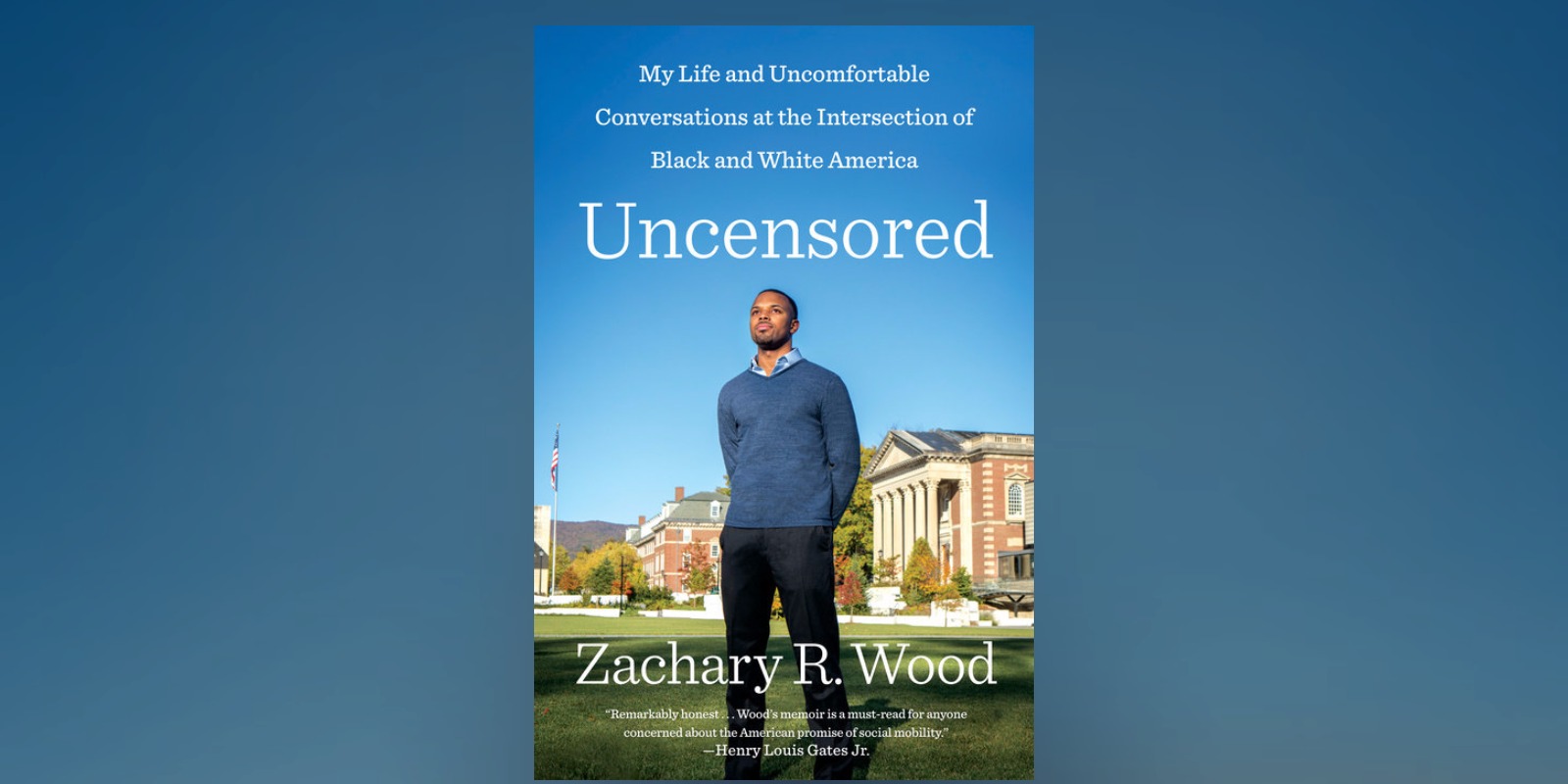 As the president of the student group Uncomfortable Learning at Williams College, Zachary Wood knows all about intellectual controversy. From John Derbyshire to Charles Murray, there’s no one Zach refuses to debate or engage with simply because he disagrees with their beliefs–sometimes vehemently so–and this controversial view has given him a unique platform on college campuses and in the media.

But Zach has never shared the details of his own personal story, and how he came to be a crusader for open dialogue and free speech. In Uncensored, he reveals for the first time how he grew up poor and black in Washington, DC, in an environment where the only way to survive was to resist the urge to write people off because of their backgrounds and their perspectives.

The Guardian recently ran an excerpt from Uncensored on why Zach invites white supremacists and anti-feminists to speak at his campus. Read a selection below:

I tried explaining to my fellow students that I wasn’t doing this because I was secretly a conservative, a self-hating black man, or an anti-feminist, men’s rights activist. Rather, I was sick of living in an echo chamber. At Williams, most of my professors taught their perspective on any given issue as if it were fact instead of delving into opposing views to create well-rounded lessons. Around campus, progressive ideas were lauded while conservative ones were shut down for being insensitive. The few conservatives at Williams were largely scared into silence, knowing that if they went against the status quo they would be labeled as biased and wrong.

I wasn’t satisfied hearing only one side of things, even if it was the side I agreed with. I wanted to use the education I received at Williams to create positive change in the world one day. How would I do that if I shut out the voices I disagreed with instead of engaging with them? My curiosity led me to examine issues from all sides, trying to find understanding and hopefully some common ground. It wasn’t about letting a racist convince me that I was wrong or that I was less intelligent than he was. Instead, I sought to stand firmer in my convictions and become better able to defend them by thoroughly understanding the logic of my opponents.