Watch Lucas Hedges, Nicole Kidman and Russell Crowe in the new Boy Erased trailer below. Written for the screen and directed by Joel Edgerton, the film is based on Boy Erased: A Memoir of Identity, Faith and Family by Garrard Conley.

Boy Erased tells the story of Jared (Hedges), the son of a Baptist pastor in a small American town, who is outed to his parents (Kidman and Crowe) at age 19. Jared is faced with an ultimatum: attend a conversion therapy program—or be permanently exiled and shunned by his family, friends, and faith. Boy Erased is the true story of one young man’s struggle to find himself while being forced to question every aspect of his identity.

Speaking to Mic, Conley had this to say about his involvement in the upcoming film adaptation of his memoir:

I was heavily involved in every step. In fact, the first time I met with Joel Edgerton, the director, he sat me down and he said, “You know, if you want to write this screenplay, I would be happy for that to happen.” And I said I can’t. I was like, “I don’t even know what I would do, I’ve already written my version.” It just felt like a betrayal to write anything else. I also just thought, “Okay, you want me to dramatize my rape scene for an audience? No thanks.” I thought that was just such an odd idea.

Joel was so excited. And I just thought, you know, if this is going to be a thing I want to give permission to this man who seems, for whatever reason, to be possessed by this vision. Pretty much every step of the way, he sent me every draft of the script. When I made edits he changed them for good, he didn’t even question it. If there was anything that felt off in terms of tone, he changed it immediately and I loved that.

Boy Erased will be released in theaters this November. 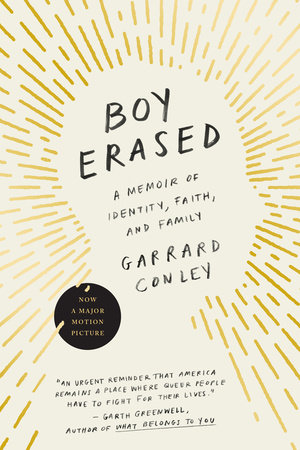