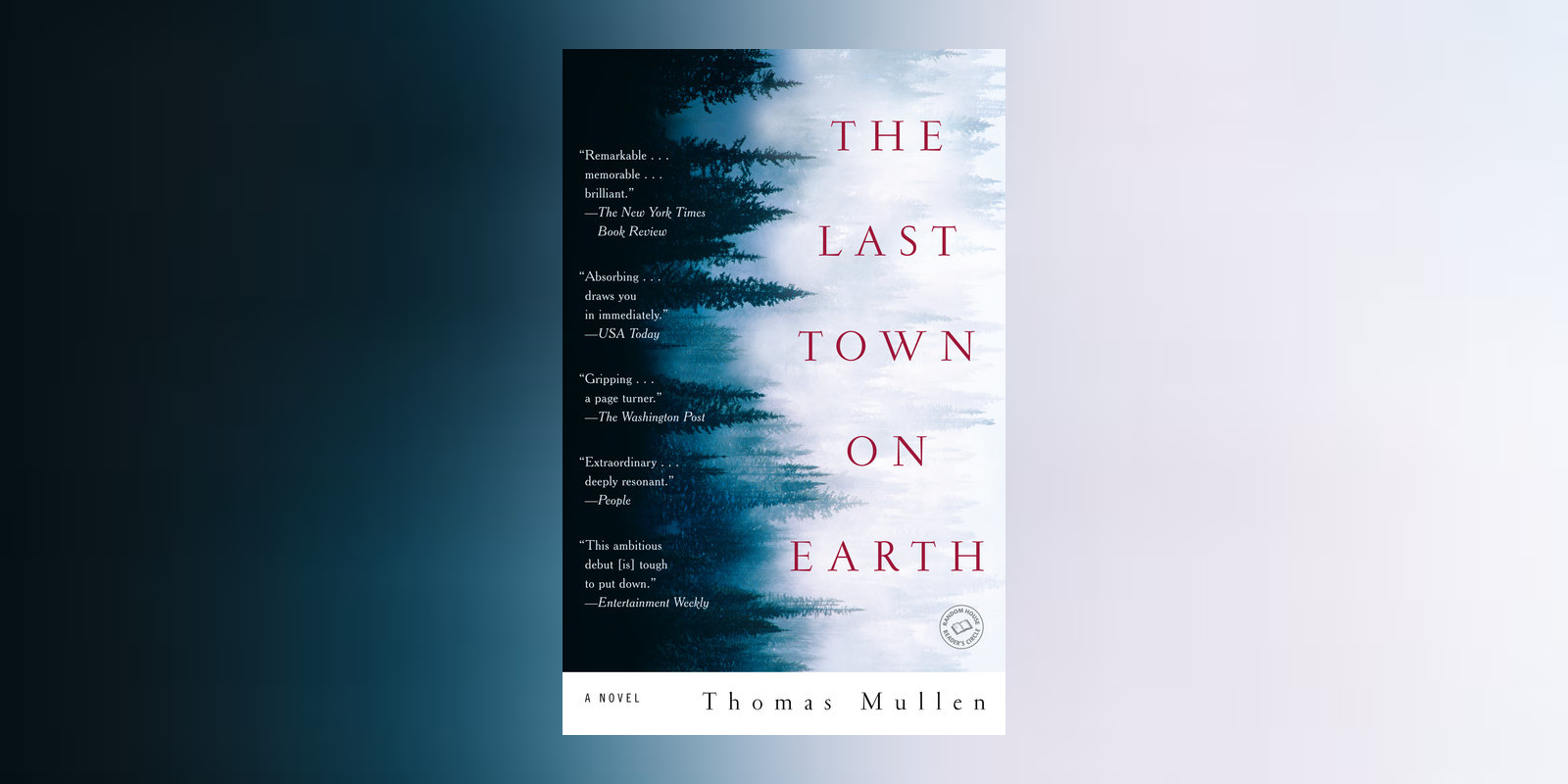 Contributed by Thomas Mullen, author of The Last Town on Earth: A Novel

Authors are usually thrilled when our work is considered particularly resonant for today, but this isn’t quite what I had in mind.

When I began writing The Last Town on Earth nearly two decades ago, I was intrigued by the setting of the 1918 flu pandemic partly because it seemed so foreign to anything I’d experienced. I had learned from a magazine article that some isolated communities in America had tried to keep the lethal 1918 flu at bay by blocking all the roads leading into town and posting armed guards to prevent any outsiders from entering. I was fascinated by that dynamic, by the inherent drama of a potential standoff between armed guards and a lost traveler begging them for food and shelter, and by the moral dilemma that would pose to the guards. What’s the right thing to do: be charitable to this stranger, even if there’s a chance he’s carrying a deadly virus to your town? Or force him to die in the woods?

I knew back when I wrote the book that scientists were predicting we would one day have another pandemic. But like everyone else, I trusted the cosmic lottery, hoping we would be luckier than our ancestors.

Yeah, that didn’t work out.

As bracing as our pandemic times have been (not just the virus itself but the fierce arguments it’s created across the country), it helps to remember that nothing we’re experiencing is without precedent. America has always felt a warring tug between the rights of the individual and the collective good of the community. We have always debated—whether in the Civil War, the World Wars, Vietnam, post-9/11 or today—the need for security versus the importance of an open society with free debate. During times of great stress, we have rebalanced the scales—sometimes in very different ways than we’d balance them if we did not feel under threat. We all want to be moral actors, but the personal and political decisions we make during times of such stress say a lot about ourselves, about our morals, and about the societies we build based on those morals.

Though I certainly wish Covid had never happened, I hope that The Last Town on Earth presents readers with a new lens to view what we’ve all been through—and how we can pick ourselves up together. Historical fiction allows us to step outside our own times while giving us a new perspective on the struggles of our everyday lives. By showing the various arguments and conflicts that animated our country and society in 1918—a time of war, labor violence, fears about immigration, and of course the flu—I hope my books gives students and teachers a new way to talk about today’s issues, and the political and social currents that run so deep in American history.

I worry the most about the pandemic’s impact on kids and teens (my sons are now in high school and middle school). This has been a lot for everyone to live through, but particularly for kids, who are still learning how the world works, how societies function (and how they’re supposed to function), and what we should expect of ourselves and others. What lessons is the next generation drawing from our experience, and from the way our politics feel so poisoned?

When I speak to student groups—to any audience, really—I usually point out the fact that I don’t see The Last Town on Earth as having a villain or traditional antagonist. There is a great deal of conflict in the book—between workers and management, between pro- and anti-war camps, between immigrants and the native-born, between those who support the town’s quarantine and those who oppose it—but no one is motivated by malevolent intentions. No one is evil, no one is simply out to get someone else. The book shows how people can still have a great deal of conflict even when everyone believes they’re doing the right thing. I hope that by seeing how our country has always grappled with this dynamic, we’ll better equip students to understand the present—and shape their future. 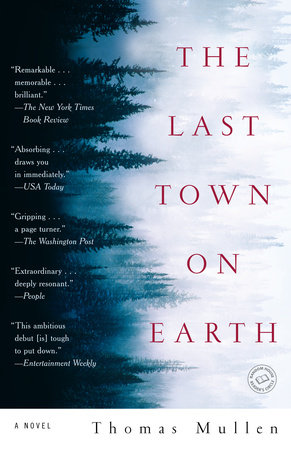 The Last Town on Earth
A Novel
Thomas Mullen
978-0-8129-7592-5
Set against the backdrop of the 1918 flu epidemic--Thomas Mullen's powerful, sweeping first novel is a tale of morality in a time of upheaval.
Paperback
Tags: fiction, thomas mullen, the last town on earth, pandemic, covid, novel
Related articles