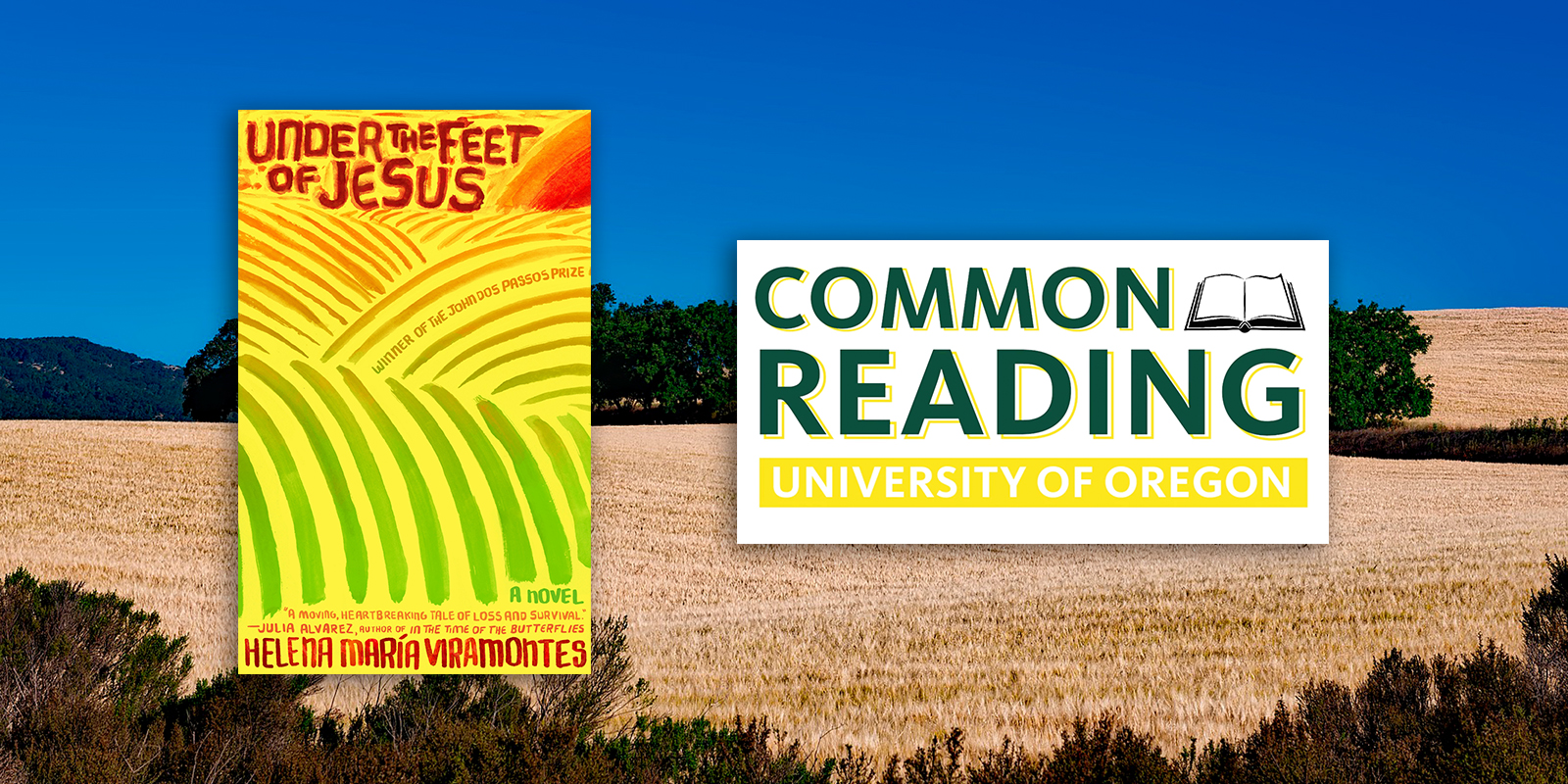 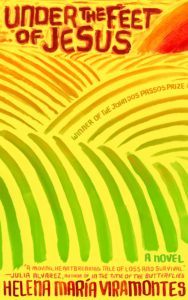 On the University of Oregon campus, incoming students are reading Under the Feet of Jesus as part of the Common Reading program.

Written by Cornell Professor Helena María Viramontes, Under the Feet of Jesus tells the story of the men, women, and children who labor under dangerous conditions as migrant workers in California’s fields. At the center is Estrella, a teenager living in a land that treats her as if she were invisible, even though she and her family pick the crops that feed its people. Pushed to the margins of society, she must learn to fight back to protect her friends and family.

Assistant professor John Arroyo (who happens to be Viramontes’ cousin) said: “Even though it was written in the ’90s, [Under the Feet of Jesus] shows how the topic of immigration and human rights is [still] a relevant and influential cornerstone of society. It really makes us think about environmental justice, public health and housing, issues that resonate with everyone. This story and stories like these make us rethink how we treat people with compassion and have empathy for the people the novel’s characters represent in our current day.” 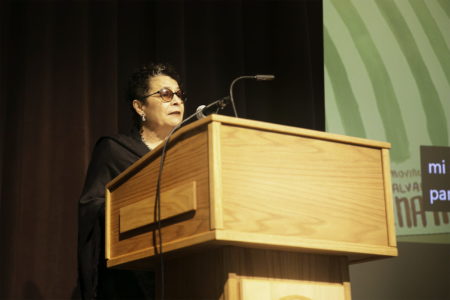 Viramontes at UO – Courtesy of the University of Oregon

Author Helena María Viramontes visited campus on October 21, 2019 to deliver a talk entitled , “Hope to Resist: Battling Erasure and Inserting Our Histories into National Narratives.” She discussed several themes in the novel, including farm labor policies, health care, environmental justice, and environmental racism. She told University of Oregon that she hopes to inspire students to fight for causes that mean something to them personally.

“Sometimes students feel overwhelmed,” Viramontes said. “Something might spark their passion, but then it burns out. I want them to be the protest, and know that they can take little subversive acts every day. This is the way they become the protest. Then they know they can do something and they don’t feel so alone.”

Read more about the University of Oregon’s programming here.

Watch Helena María Viramontes read from and discuss Under the Feet of Jesus: