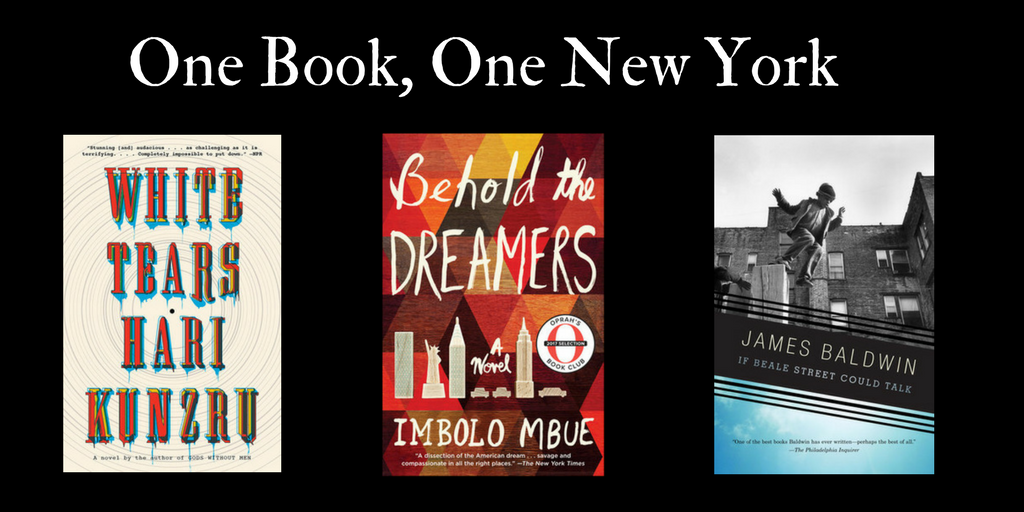 The New York City’s Mayor’s Office of Media and Entertainment (MOME), New York Magazine and Vulture have announced the return of “One Book, One New York,” the exciting city-wide initiative that brings book-loving New Yorkers together to read the same book at the same time.

Throughout the month of April, New Yorkers will have the opportunity to vote for the one book the whole city will read together at NYC.gov/OneBook.

The nominated books, all featuring New York City neighborhoods are:

If Beale Street Could Talk by James Baldwin

Behold the Dreamers by Imbolo Mbue

When I was Puerto Rican by Esmerelda Santiago

“We are enormously excited to present the five books in contention for this year’s One Book, One New York program,” said Media and Entertainment Commissioner Julie Menin. “These beautifully told tales reflect the rich variety of experiences and voices that make New York’s literary culture second to none.

We hope once again that One Book, One New York will inspire great conversations, foster compassion in difficult times, support our vital publishing industry, and spur New Yorkers to rediscover their local libraries and neighborhood bookstores.”

MOME is partnering with the Pen America World Voices Festival, one of the most prestigious literary festivals in the world, to create a cornerstone One Book, One New York author-focused event on April 19 to coincide during the voting period for One Book 2018.

Once the winning book is announced in early May, New Yorkers can look for events at their local library and throughout the city that will keep the discussion going all summer long.