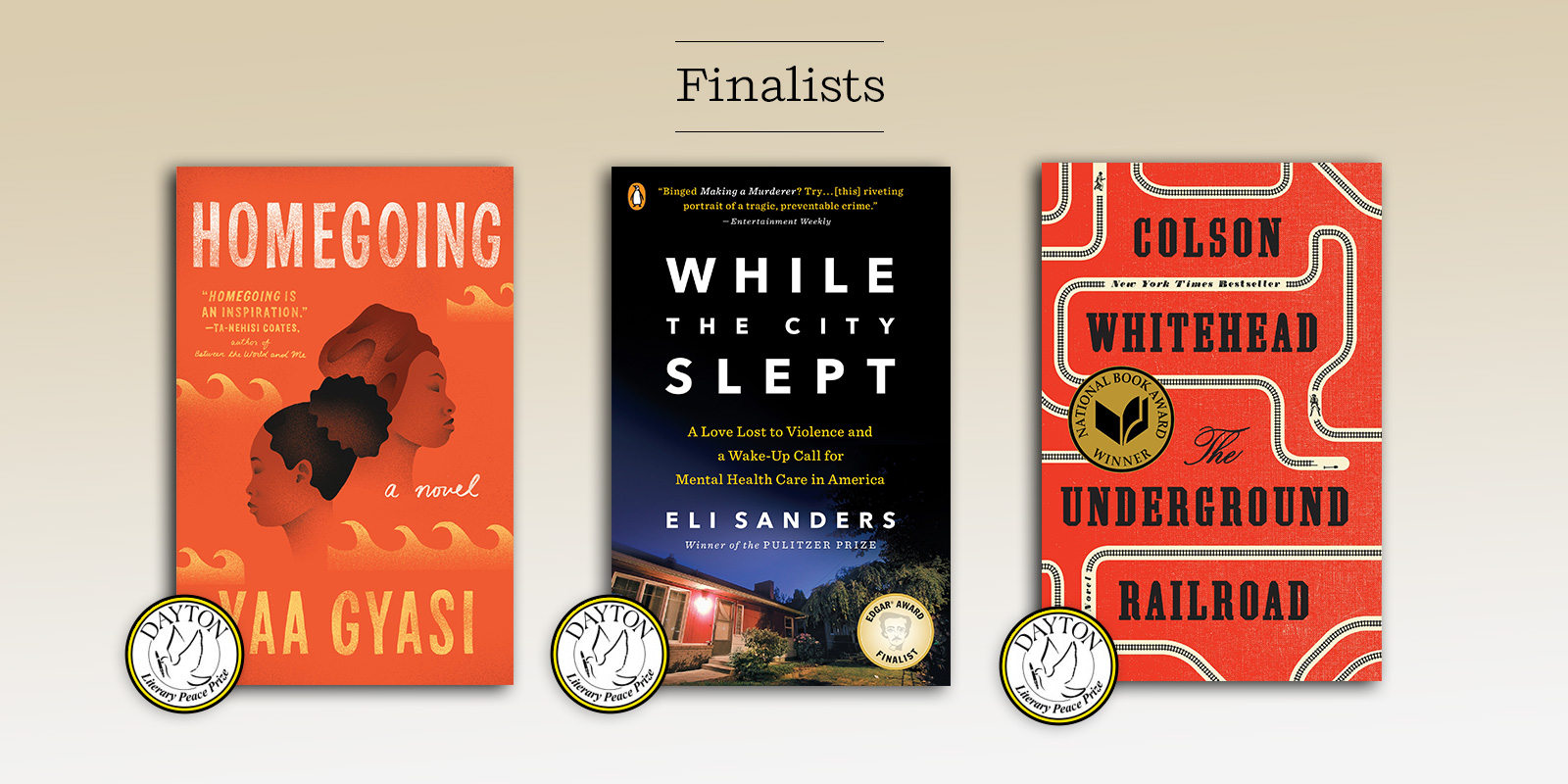 Inspired by the 1995 Dayton Peace Accords that ended the war in Bosnia, The Dayton Literary Peace Prize is the only international literary peace prize awarded in the United States. The Prize celebrates the power of literature to promote peace, justice, and global understanding. This year’s winners will be honored at a gala ceremony in Dayton on November 5th.

“At a time of great uncertainty in the world, this year’s finalists reveal how we got to this point and offer powerful lessons on how we can heal, reconcile, and build a better world,” said Sharon Rab, co-chair of the Dayton Literary Peace Prize Foundation. “Now more than ever, we need to celebrate authors who dare to explore the impact of war, exile, racism, and economic inequality and, more importantly, endeavor to offer hope in these tumultuous times.”

Homegoing by Yaa Gyasi (Alfred A. Knopf): A riveting, kaleidoscopic debut novel: a story of race, history, ancestry, love, and time that traces the descendants of two sisters torn apart in eighteenth-century Africa across three hundred years in Ghana and America.

The Underground Railroad by Colson Whitehead (Doubleday): Winner of the Pulitzer Prize and the National Book Award, the #1 New York Times bestseller from Colson Whitehead is a magnificent tour de force chronicling a young slave’s adventures as she makes a desperate bid for freedom in the antebellum South.

While the City Slept by Eli Sanders (Viking): A Pulitzer Prize–winning reporter’s gripping account of one young man’s path to murder—and a wake-up call for mental health care in America.

A winner and runner-up in fiction and nonfiction will be announced on October 3. Winners receive a $10,000 honorarium and runners-up receive $2,500. Finalists are reviewed by a judging panel of prominent writers including Gish Jen, Robin Hemley, Alan Taylor, and Helen Thorpe.

The full list of finalists can be found below and at www.daytonliterarypeaceprize.org