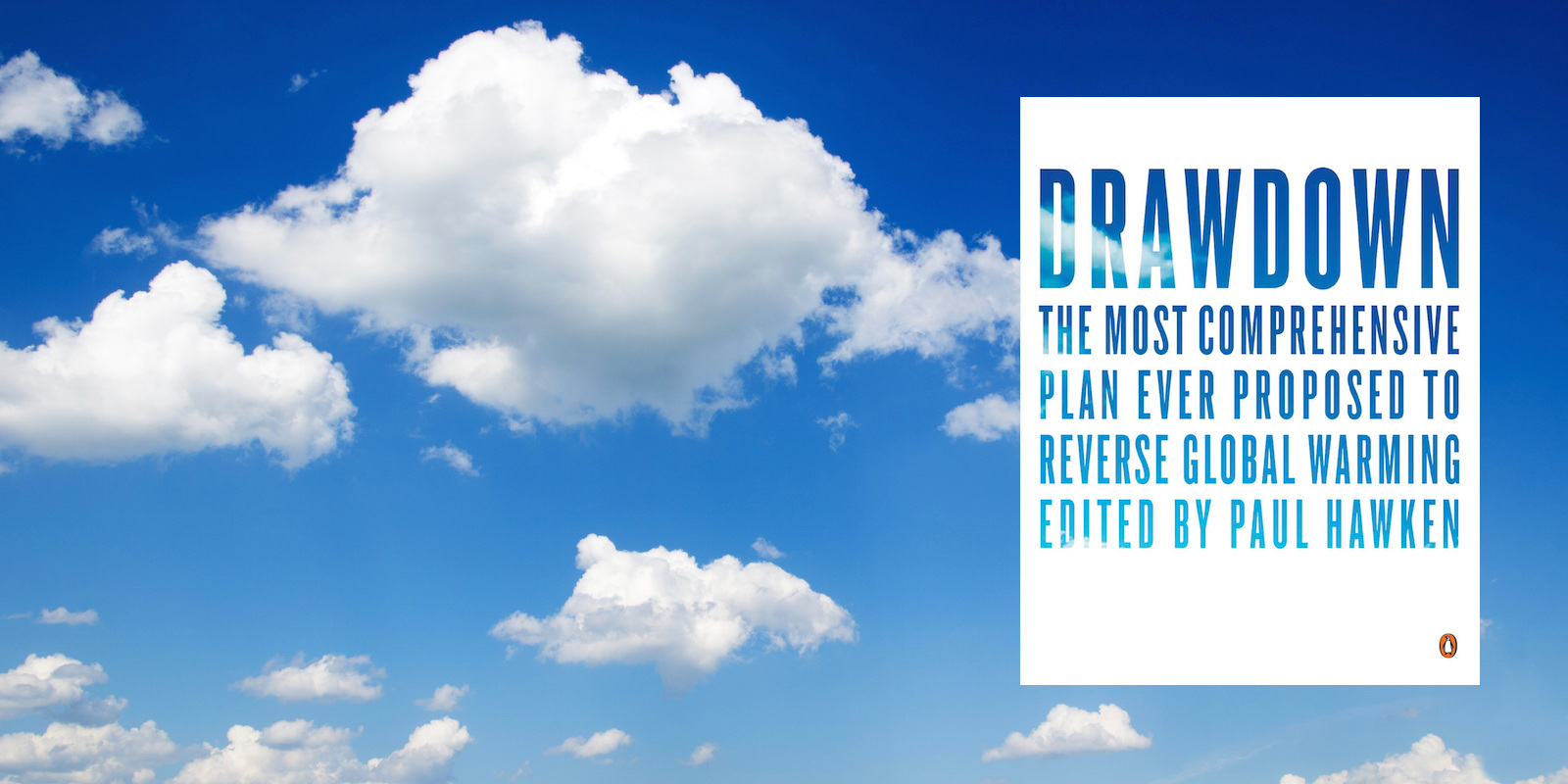 In the face of widespread fear and apathy, an international coalition of researchers, professionals, and scientists have come together to offer a set of realistic and bold solutions to climate change. One hundred techniques and practices are described in Drawdown—some are well known; some you may have never heard of. They range from clean energy to educating girls in lower-income countries to land use practices that pull carbon out of the air.

The solutions exist, are economically viable, and communities throughout the world are currently enacting them with skill and determination. If deployed collectively on a global scale over the next thirty years, they represent a credible path forward, not just to slow the earth’s warming but to reach drawdown, that point in time when greenhouse gases in the atmosphere peak and begin to decline. These measures promise cascading benefits to human health, security, prosperity, and well-being—giving us every reason to see this planetary crisis as an opportunity to create a just and livable world.

Vox writer David Roberts chatted with Drawdown editor Paul Hawken during the book tour. An excerpt of their conversation follows:

How did the book get started?

I hadn’t thought about solutions much until I saw the wedges, in 2001.

I looked at those and said “whoa, whoa, whoa.” Two things are lacking.

The first is affordability and agency. They couldn’t be done by you and me, except drive less, maybe put a solar panel on our roof. The second is that 11 of the 15 could only be done by big corporations—primarily energy utility and car companies—but they were so deeply underwater financially that it was not going to happen. It could happen now, but at that time it was not viable.

So…now I am depressed. [laughter] The science was clear, but the solutions were just dramatically not.

And then when Bill [McKibben]’s piece came out in 2012, “Global Warming’s Terrifying New Math,” which is based on Mark Campanale’s work at Carbon Tracker, I had friends saying, “game over.”

And so I finally decided to do Drawdown: name the goal and then map, measure, and model, see if it’s achievable. And away we went, for almost three years, with 70 Drawdown research fellows from 22 countries and six continents. (Vox)

Drawdown: The Most Comprehensive Plan Ever Proposed to Reverse Global Warming (Penguin Books), was edited by the author and entrepreneur Paul Hawken along with a self-described “coalition” of research fellows, writers and advisors. (Full disclosure: I played a very small unpaid role in reviewing parts of the manuscript, and am included among the 120 or so advisors listed in the book.)

The book contains 80 solutions—”techniques and practices”—that are ready today, and 20 additional “coming attractions”—innovations just over the horizon—that collectively can draw down atmospheric concentrations of greenhouse gases in order to solve, not just slow, climate change by avoiding emissions or sequestering carbon dioxide already in the atmosphere.

Hawken is quick to point out that the book’s seemingly brash subtitle is a bit tongue in cheek: this is the only “comprehensive plan ever proposed to reverse global warming,” he said. But the larger point is not lost. The book, along with an accompanying website, may be the first to provide the insight and inspiration, backed by empirical research and data, that could enable companies, governments and citizens to attack the climate problem in a holistic and aggressive way. Moreover, many, if not most, of the solutions can be undertaken with little or no new laws or policy, and can be financed profitably by companies and capital markets.

At minimum, Drawdown is likely the most hopeful thing you’ll ever read about our ability to take on global warming. (GreenBiz) 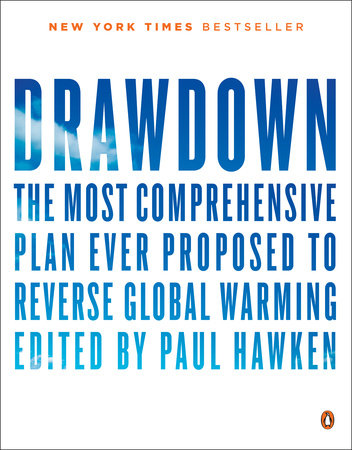 Drawdown
The Most Comprehensive Plan Ever Proposed to Reverse Global Warming
978-0-14-313044-4
"It will give you the best kind of hope, the kind that balances realism with radical vision....Stabilizing the climate system will require a heroic global effort, but the point here is only to show that...such an effort can do more than merely succeed; that it can succeed well, and open into futures that we can actually bear to contemplate."—Tom Athanasiou, The Nation
Paperback
Tags: environment, FYR, climate change, Paul Hawken, Drawdown, global warming, The Environment
Related articles