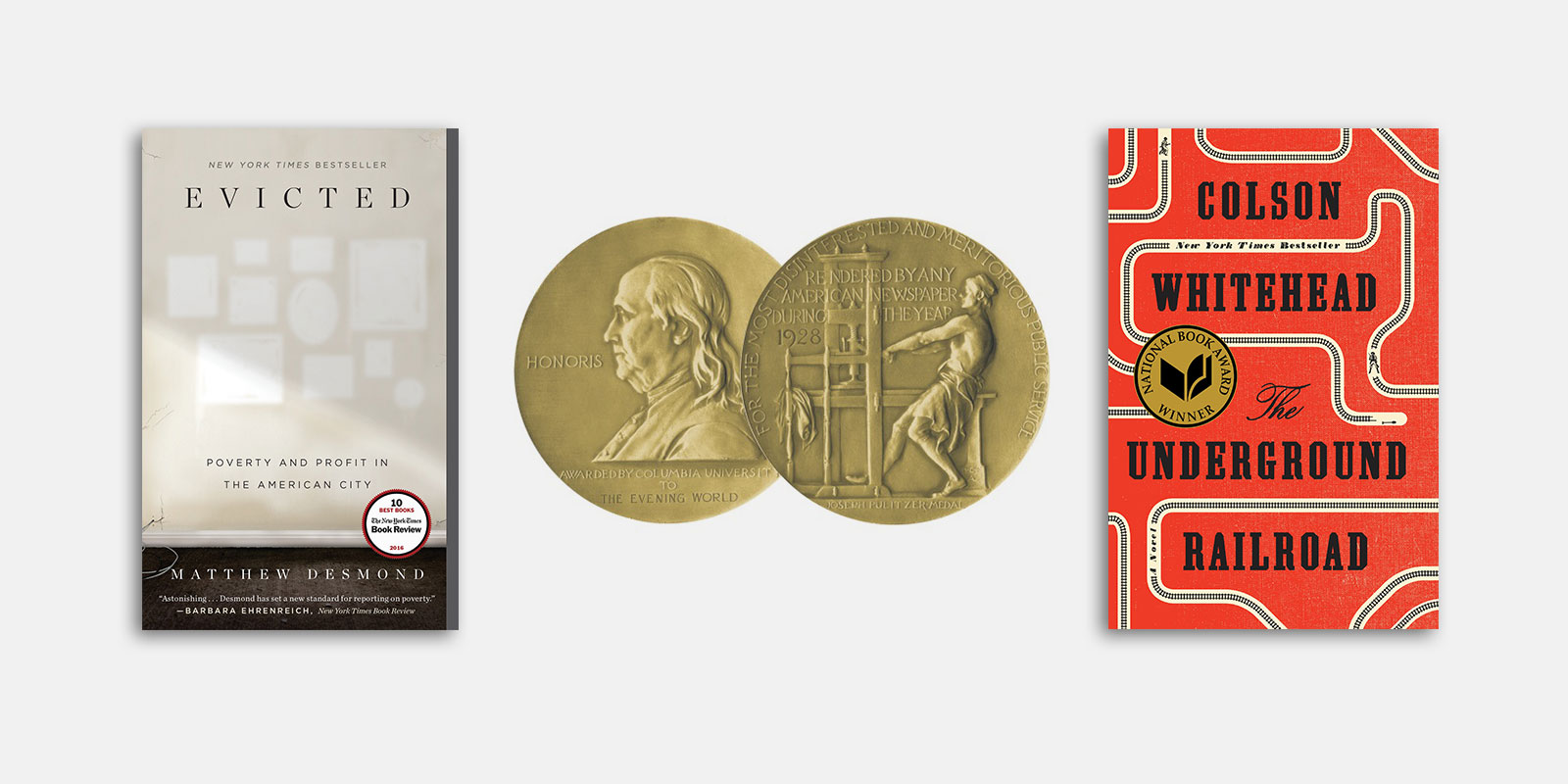 For Fiction, the Pulitzer Prize Board called THE UNDERGROUND RAILROAD, by Colson Whitehead “a smart melding of realism and allegory that combines the violence of slavery and the drama of escape in a myth that speaks to contemporary America.” The novel chronicles a young slave’s adventures as she makes a desperate bid for freedom in the antebellum South.

Colson Whitehead, author of The Underground Railroad, speaking at FYE 2017.

Underground Railroad is a First Year Reading selection at the following institutions:

In General Nonfiction, EVICTED: Poverty and Profit in the American City by Harvard sociologist Matthew Desmond was selected for being “a deeply researched exposé that showed how mass evictions after the 2008 economic crash were less a consequence than a cause of poverty.” Set in the poorest neighborhoods of Milwaukee, EVICTED is a work of scholarship and reportage that tells the story of eight families on the edge.

The Pulitzer Prizes were established at Columbia University by the will of Joseph Pulitzer in 1904. Winners in Letters, Drama and Music receive fifteen thousand dollars ($15,000).

For a full list of winners and finalists, please visit: http://www.pulitzer.org/prize-winners-by-year/2017

Evicted is a Common Reads selection at the following institutions:

Two other Pulitzer Prize winners from the Penguin Random House list included The Return: Fathers, Sons and the Land in Between, by Hisham Matar, and Blood in the Water: The Attica Prison Uprising of 1971 and Its Legacy, by Heather Ann Thompson.