Reading for Love in a Time of Hate

With hate rhetoric and hate crimes blasting their way across social media, an all-school or community reads can serve as a powerful antidote to these polarizing fearful times. Books slow us down. Books let us find the humanity of those on the other side of any sort of human-made divide. Teachers know this. Librarians know this. But against a daily backdrop of scarcity—shortages of money, of supplies, of time in the curriculum, of faculty and staff—making space for an all-school or community reads can seem like one more impossible task. Yet Parkway Northwest High School for Peace and Social Justice, a Title I school in the budget gutted Philadelphia School District, does this annually. I was honored that Parkway chose my book, Like Water on Stone, as their 2016 all-school reads.

Some of Parkway’s previous reads like The Other Wes Moore align directly with the daily life experience of Parkway’s student body: 94% African American, 3% Latino, 1% Asian, 0% White and 2% Other; 99% economically disadvantaged. Like Water on Stone, a verse novel about the Armenian genocide, on the other hand, is both exotic and familiar. Long ago open air markets filled with pungent spices juxtapose with the familiar persecution of minorities as the multicultural Ottoman Empire crumbles into violence. One hundred years later, violence has returned with a vengeance: Syria “the biggest humanitarian and refugee crisis of our time”, brutal attacks by ISIS across the globe, and the rise of anti-Muslim sentiment in the United States. These global currents led Parkway to focus on the Middle East for its 2016 pick.

As faculty bounced titles back and forth, Khaled Hosseini’s The Kite Runner and Like Water on Stone emerged as the two front runners. When the school counselor, Wendy Fortunato, who knew me from my University of Pennsylvania days, mentioned during a faculty meeting that she could ask me whether I might be available for an author visit, the scales tipped in my favor. Principal Gina Steiner brought my book home with her that night and read it in one sitting.

I’m deeply touched when readers like Principal Steiner and reviewers say things like “if you want to open your community’s heart to what’s happening in Syria have them read Like Water on Stone.” The ancient intricate city of Aleppo, a place of relative safety at the start of the Armenian genocide, the place to which the book’s main characters flee, stands in stark contrast to today’s bombed, abandoned city. In a time of hate, opening hearts demands avoiding the trap of condemning all Muslims, especially while telling the story of a genocide perpetrated against Christian minorities by an Islamic government, the former Ottoman Empire. I believe that descendants of those who have survived genocide best honor our ancestors and the wrongs committed against them by standing with greater humanity for justice and resisting the trap of bigotry rooted in vengeance. This brought me close to Parkway students, who make choices about who they will be as they cope with the race based structural violence and bigotry that they face on a daily basis.

Parkway does their “all-school book” as summer reading, allowing teachers to figure out the perfect way to have its content mesh with their grade specific requirements. The Educators’ Guide that Random House created linking Like Water on Stone to the Common Core standards correlations facilitates this task. Principal Steiner invited me to join them as part of Parkway’s International Peace Day commemorations. Started by a 1981 United Nations resolution as a day for humanity to come together as one, International Peace Day also calls for cease fire and non-violence globally.

Even without an author visit, the costs associated with obtaining books for an all school reads can be too much for a Title I school. Parkway takes a very grassroots approach, making each student reader responsible for finding a way to purchase the book. Some buy it themselves, or borrow from the library. Others get community members to sponsor his or her copy. Principal Steiner fills in the gaps. With an active community advisory board, Parkway also creatively seeks out grant funding for its arts and social justice programming. Funding from regional or content specific organizations to support a community reads can be found across the country. In greater Washington DC, for example, An Open Book brings authors, illustrators, and books to its low income children and teens. With offices in cities throughout the country, Facing History and Ourselves can assist your school with bringing genocide and social justice specific content such as Like Water on Stone into your school.

At Parkway, International Peace Day, September 21st 2016, began with the dedication of the Peace Pole they installed at the top of a curving path on the grounds of the school district building they had moved into over the summer. This was a step up from the top floor of a middle school that Parkway had used for the previous several years. Against the back drop of a bright blue sky, students lay colorful paper flags from each of the world’s countries around the Peace Pole’s base pausing periodically to recite in unison, “May peace prevail on earth”.

I met with each grade separately, answering the questions that they had about my book, the Armenian genocide, my life as a writer. Framing the Armenian genocide in a broad social justice context empowered students who had studied the Holocaust before but had never linked either of these genocides to slavery, the Middle Passage, to the Civil Rights movement, or to Black Lives Matters. One of my favorite moments came when the rambunctious 10th grade class burst into applause when our conversation about the interrelatedness of all humans, led me to bring in the evolutionary truth that the human species originated in Africa. Next students broke into small groups to engage with View from the High Ground, my interactive installation about the dehumanization of genocide. Shrinking down the scale gave us space for more intimate conversations, for vulnerabilities to surface, for facing the deepest pain that comes when humans strip one another of their humanity.

In his book, The Dignity of Difference, Rabbi Lord Jonathan Sachs, has said “The greatest single antidote to violence is conversation.” Books start those conversations. An all-school reads gives a community a shared entry point from which conversations can grow. Readers can love or hate the book, love or hate individual characters but by speaking about it with one another in community, their hearts will undoubtedly open. 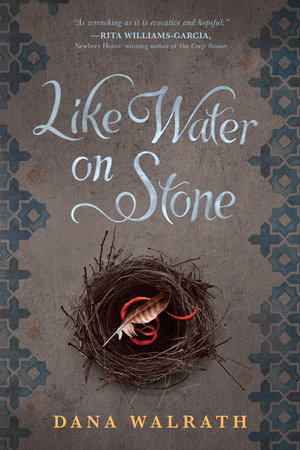 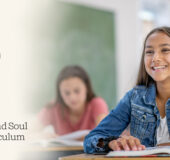 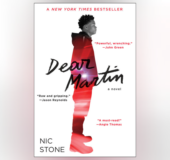