THE RED BANDANNA for All Ages

Welles Crowther did not see himself as hero. He was just an ordinary kid who played sports, volunteered at his local fire department, and eventually headed off to college and then Wall Street to start a career. Throughout it all, he always kept a red bandanna in his pocket, a gift from his father. On September 11, 2001, Welles was working on the 104th floor of the South Tower of the World Trade Center when the Twin Towers were attacked. That day, Welles made a fearless choice, and in doing so, saved many lives. The Red Bandanna is an inspirational story about a man who put his life on the line in an altruistic choice to save several survivors from the South Tower of the World Trade Center on the day that tragedy struck.

9/11 can be a tough issue to discuss with kids but there are some books out there that provide a great entry point into that discussion. The Red Bandanna by Tom Rinaldi is a book that does just that.

The young reader’s adaptation, which is based on the New York Times bestselling adult book, is now available in paperback. Now adults and young readers can share the same inspiring story and what can be better for community building than having readers of all ages share the same story. 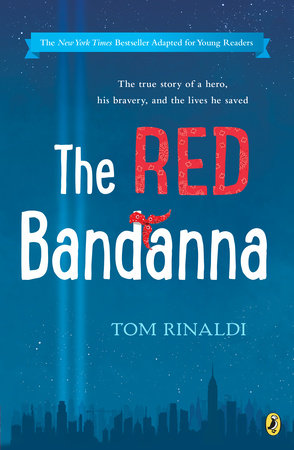 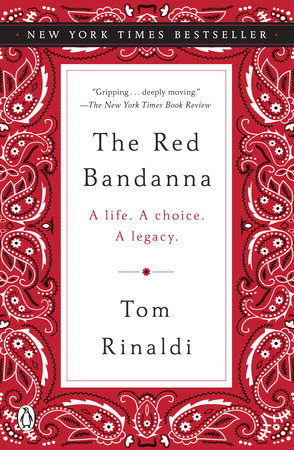 The Red Bandanna
A Life. A Choice. A Legacy.
Tom Rinaldi
978-0-14-313007-9
Biography & Autobiography - Sports
Body, Mind & Spirit - Inspiration & Personal Growth
Social Science - Philanthropy & Charity
Tom Rinaldi tells the story of of real-life hero Wells Crowther, a young man who worked in the South Tower of the World Trade Center on 9/11 and sacrificed his own life to save countless others, continuing to go up and down nearly twenty flights of stairs to lead strangers to safety. The Red Bandanna is about a fearless choice, about a crucible of terror and the indomitable spirit to answer it. Examining one decision in the gravest situation, it celebrates the difference one life can make.
$17.00 US | $23.00 CAN
Aug 28, 2018
5-1/16 x 7-3/4
Paperback
224 Pages
Penguin Books
World
Tags: The Red Bandanna, Young Reader Adaptations
Related articles