EXIT WEST by Mohsin Hamid is an astonishingly visionary love story that imagines the forces that drive ordinary people from their homes into the uncertain embrace of new lands. The talented New York Times bestselling author also narrated his own audiobook. Join Hamid in the studio as he discusses the universality of the migration experience, what inspired him to write EXIT WEST, and why he loved the recording experience: “It felt like the world coming together and becoming smaller which is, of course, what the novel is about as well.”

(Can you guess which incredible authors he would cast to record his audiobook if he didn’t do it himself? Listen to find out!)

LISTEN TO THE PODCAST: 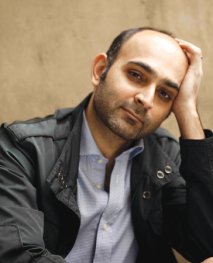 “Hamid delivers the themes of love, loss, and politics with a somber undertone that will remind listeners that the details of his novel could be real life for many people around the world. The narrator’s style is purposeful, measured, and dramatic. Each chapter leaves the listener waiting to hear what will happen next.”—AudioFile Magazine

“Both mellifluous and jarring, this novel is a profound meditation on the unpredictable temporality of human existence and the immeasurable cost of widespread enmity. Libraries would do well to acquire this and all of Hamid’s extraordinary titles.”
—Library Journal, starred review

“Hamid’s writing—elegant and fluid, with long sentences that encapsulate the myriad contradictions of his characters’ lives—makes EXIT WEST an absorbing read, but the ideas he expresses and the future he’s bold enough to imagine define it as an unmissable one.”—The Atlantic

LISTEN TO AN AUDIOBOOK CLIP:

Interested in hosting Moshin Hamid at your school? Contact the Penguin Random House Speakers Bureau to discuss your options! 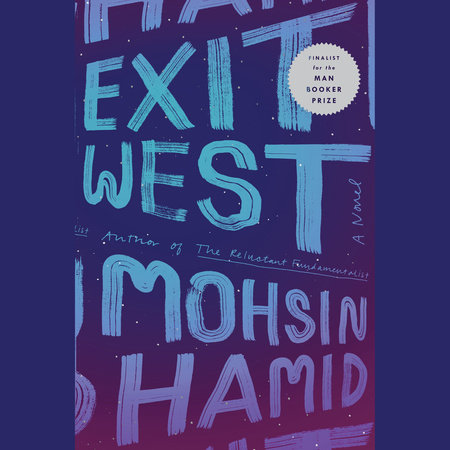 Exit West
A Novel
Mohsin Hamid
978-1-5247-5225-5
Fiction - Political
Fiction - Cultural Heritage
Fiction - Literary
From the internationally bestselling author of The Reluctant Fundamentalist and How to Get Filthy Rich in Rising Asia, a love story that unfolds in a world being irrevocably transformed by migration.
$15.00 US | $20.00 CAN
Mar 07, 2017
Audiobook Download
Penguin Audio
US, Canada, Open Mkt
Tags: audiobooks, EXIT WEST, immigration, migration, Mohsin Hamid, Pakistan, podcast, This is the Author
Related articles